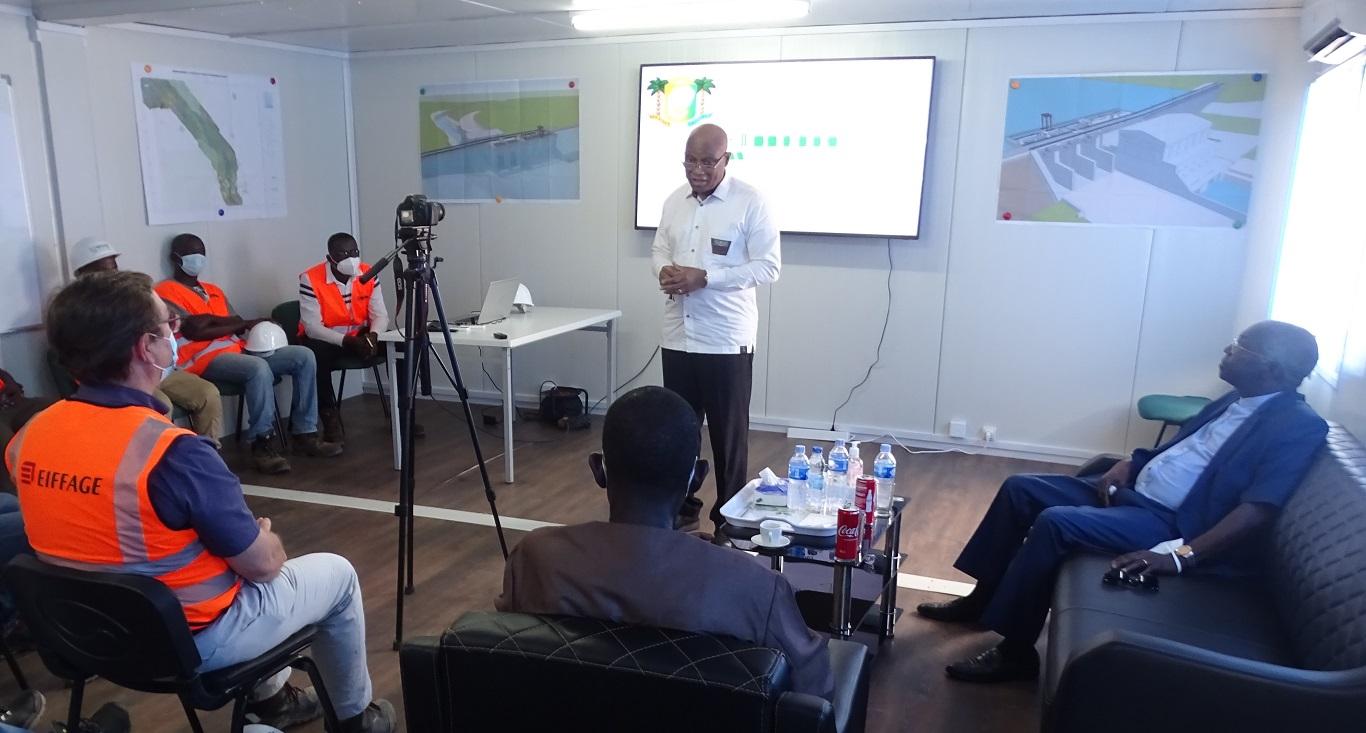 It was during a visit that he made, at the beginning of March, to the site of the hydroelectric development project underway in the Singrobo-Ahouaty zone, on the Bandama river, some 190 kilometers from 'Abidjan.

The future dam, whose filling is scheduled for March 2023, will have a capacity of 44 Megawatts.

On this occasion, the President of the Commission, accompanied by the resident representative of ECOWAS in Côte d'Ivoire, observed the efforts made by the project promoter to scrupulously respect the environment, fully assume the societal responsibilities of the company. and contribute to the employment of local populations, with particular attention to young people.

At the end of his visit, President Jean-Claude Kassi Brou addressed his warm congratulations to the promoter of the hydroelectric dam project and to his partners and lavished his encouragement on them.

He took this opportunity to inform them of the particular importance that ECOWAS attaches to energy, by mentioning the existence of a dedicated department in the Commission.

He also mentioned the active support given to the electrification efforts deployed by the Member States, the organization of solidarity between them within the "West African Electric Energy Exchange System" (better known by its English acronym "WAPP").

And, moreover, by the interconnection of national networks, as well as the promotion of renewable energies which is evidenced by the establishment, to this end, of the Center for Renewable Energies and Energy Efficiency of ECOWAS (CEREEC).